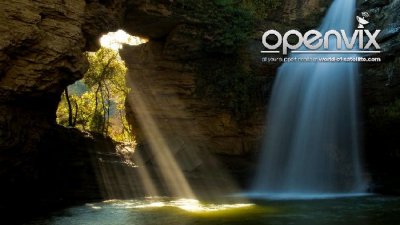 So what is different in OpenViX Apollo then?

As with OpenViX Zeus the main difference is core of the image or the OE (Open Embedded), this has undergone a lot of changes, updates and fixes (including fixes for the heartbleed bug in openssl). As a user you should not notice any differences between OpenViX Helios and OpenViX Apollo. (i.e. there are no real functional differences.)

OpenViX Helios build 017 will be the final build in the Helios series, and so Apollo takes over the reins.

But why a new image so soon, you just launched Helios?

Basically the recent update of the image OE (Open Embedded) to v 2.2, was very significant. This contains substantial changes and updates that mean you cannot use the online update feature from OpenViX Zeus build 023. Rather than asking users not to use the online update function, we have taken the step of changing the image name to ensure that users perform a fresh flash.


ViX Softcams
ViX compatible softcams can now be installed using the plugin feeds.
Users will still need to provide their own softcam configuration files. Support will only be provided for users with a legitimate viewing card and valid subscription.

Bootlogos
Various new bootlogos have been added and are available to install via the plugin feeds.

Quick PiP-ZAP
Support added to open PiP directly via long-Up/Down. Also zapping in PiP can be done via long CH+/-.

Video Playback
All EPG screens are now available while watching a recording, for easy switching back to live TV or setting timers.

On Screen Hints
Now available as options are selected.

Enhanced Movie List Features
It is now optional to play next movie, when a movie reaches the end. Configure in menu of movie selection screen.

Known issues
?Crossepg bug when running XEPGDB and XMLTV within CrossEPG. The software will not successfully download data from these sources due to incompatibility of CrossEPG and newer libraries within OE2.

?Rytec - for his continued support.
?Ocram for his Picon sets
?All developers for their plugins used in the feeds of this image.
?All of the ViX Beta team for their hours of testing and dedication on getting this image working.
?Rob van der Does, Belierzz, Rimas, Henkka, Huevos, Raivo, Eesatfan, Zartmy, Trial, Stig-O & June8 for their translation work
?Huevos for his work on blindscan.
?Gennart1 for dvb-as102 support
?Markus625 for skin ViXBMC
?Scwheeler for his work on the MetrixHD skin mods
?Rob van der Does for his skins, Magic Hd and Light

?Delagroov for his skins Magic Hd Night/Noire
?AbuBaniaz for his many contributions to the Image
?Peter de Jonge. For his work with Andy Blac, to add DVB-C and DVB-T support to ABM.
?rossi2000 and simonsez for their skin's Blue-HD and Red-HD.


Notes
OpenSSL Heartbleed bug fixes have been applied
Not all 3rd party plugins have been tested or are guaranteed to be compatible.


Requests
If anyone is interested in doing any translation work for the plugins and the image itself, please contact either Andyblac or Sicilian