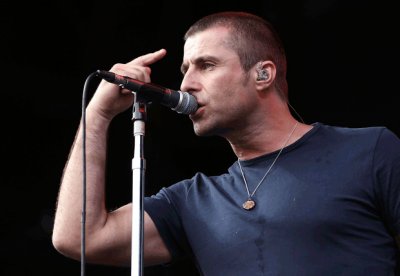 Rock star Liam Gallagher has announced that his Beady Eye project has split up.

The former Oasis frontman posted the news on Twitter, but did not explain why the band was calling it a day.

He tweeted: ?Beady Eye are no longer. Thanks for all your support. LGx?

Beady Eye were formed in 2009 and made up of former Oasis members Gem Archer, Andy Bell and drummer Chris Sharrock.

Bell tweeted: ?Thanks to all the Beady Eye fans. I had a blast. See you on the other side. Big Love Andy B X?

The band released their debut album, Different Gear, Still Speeding, in 2011, followed by BE in 2013.

Both albums made it to Top 5 in the charts but the group had only one top 40 single, The Roller, and never came close to replicating the huge success of Oasis.
In February the band cancelled an appearance at the Coachella festival in California's Colorado Desert, and later that month announced they had parted ways with manager Scott Rodger.

Rodger said in a statement to the NME at the time that they were one of the ?last great British rock bands?.

Today's announcement fuelled speculation on social media that Oasis may reunite, amid reports that Liam and brother Noel are back in each other's good books.

The two have been estranged since Oasis split in 2009, but in an interview for Q magazine's December issue Noel reportedly said: ?We're on good terms, as good as we can be.?

But he added that there was no comeback in the offing to mark the 20th anniversary of Oasis' second album, (What's The Story) Morning Glory?