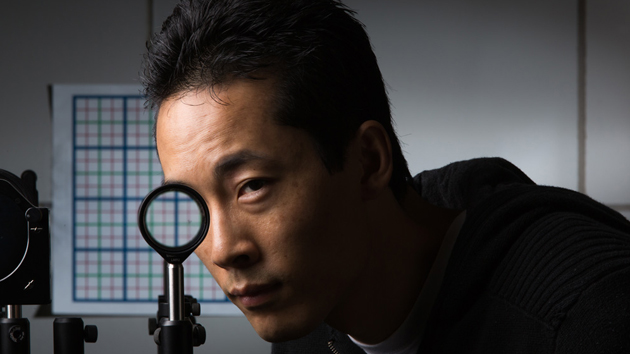 Most invisibility cloaks require fairly exotic technology to work, such as fiber optics or light-altering metamaterials. That's not very practical, especially since the illusion still tends to break when you move. The University of Rochester may have a far more realistic solution, however -- it has developed a cloak that only needs run of the mill optical lenses to hide objects from view. The system really boils down to clever math. By positioning two pairs of lenses in the right order, researchers can bend light in a way that hides almost everything you put in the middle of this arrangement. The approach scales up with the size of the glass, and it works at angles of 15 degrees or more; you don't need to look head-on to see the effect.

There is a big catch to this visual trickery. You can't hide whatever is directly on-axis, so this is more of an invisibility "doughnut" than a perfect disguise. It doesn't have to be used as camouflage, though. The lens-based system could eliminate blind spots in vehicles, or let surgeons see through their hands during delicate operations. Those uses are a long ways off at this early stage, but the relative simplicity of the technique makes them very plausible.