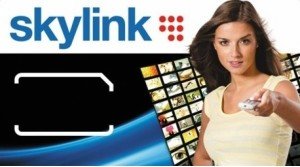 According to the company, this is due to small customer interest in the channels and an effort to simplify Skylink’s overall programming menu.

Viewers will be able to watch the two channels in a single package for an unchanged price of CZK120/€4.90.

Furthermore, all subscribers to basic packages will be able to access the two channels for the duration of their subscription charge.

Skylink, which is owned by the Luxembourg-based M7 Group, will be raising the price of its CS Film and CS Mini packages at the beginning of April.