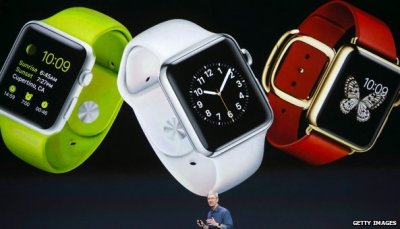 Shares in GT Advanced Technologies plunged over 90% after the firm filed for bankruptcy on Monday.

Last November, GT announced it had signed a deal with Apple to manufacture sapphire materials.

That led to speculation that the technology giant would be using GT's glass in its new iPhone models.

However, in August, GT announced that an Arizona factory it was building with Apple would not be up-and-running until next year - too late to be producing glass for Apple's phones.

Its sapphire crystal glass is still expected to be used in two models of Apple's new Watch wearable device.

"GT has a strong and fundamentally sound underlying business," said the firm's chief executive office Tom Gutierrez in a statement.

"Today's filing does not mean we are going out of business; rather, it provides us with the opportunity to continue to execute our business plan on a stronger footing, maintain operations of our diversified business, and improve our balance sheet," he continued.

GT said in a filing that it currently had $85m in cash and was hoping to be granted "debtor-in-possession" financing status.