Sports Bar Fancy sitting down next to James at Old Trafford? 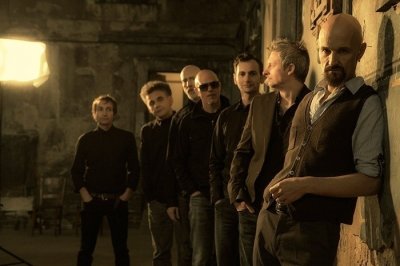 Super League are delighted to announce that British rock band James will headline the pre-match and half-time entertainment at the 2014 First Utility Super League Grand Final at Old Trafford on Saturday October 11 (6.00pm).

With a prestigious career spanning over 30 years, Manchester band James are, without doubt, one of Britain?s most influential bands. Their classic hits include ?Sit Down?, ?She?s A Star?, ?Laid? and ?Destiny Calling? amongst their 20 top 40 UK singles.

They have sold over 12 million albums worldwide, performed sell-out shows all over the world visiting venues in Europe, America, and Asia and this year have been receiving rave reviews for their latest album ?La Petite Mort?.

James will be playing a number of hits and new songs from current album ?La Petite Mort? pre-match and at half-time at the Grand Final ahead of their 10 date UK tour that starts in Oxford on November 10.

Frontman Tim Booth said: ?Performing in front of 70,000 people at Old Trafford for the Super League Grand Final should be a blast.?

Blake Solly, Super League General Manager said: "With the announcement of a headline band as big as James the pinnacle of the First Utility Super League season guarantees to deliver an amazing experience for fans both on and off the field. The excitement around the Grand Final is building nicely with tickets sales significantly up on last year and with further entertainment announcements to follow the 2014 Grand Final promises to be a memorable experience not to be missed.?

The band?s 13th studio album ?La Petite Mort? is an incredibly uplifting record that finds James at the top of their game. It is available to buy now from
Please, Log in or Register to view URLs content!

One hundred exclusive seats located next to the stage in the stand where James will perform are available from just ?30. These amazing seats can be booked by calling 0844 856 1113 and quoting block W210.