Google is allegedly planning to launch a competitor to WhatApp next year.

The web giant already operates its own instant-messaging platform Hangouts, but the new app is said to operate independently and function differently. 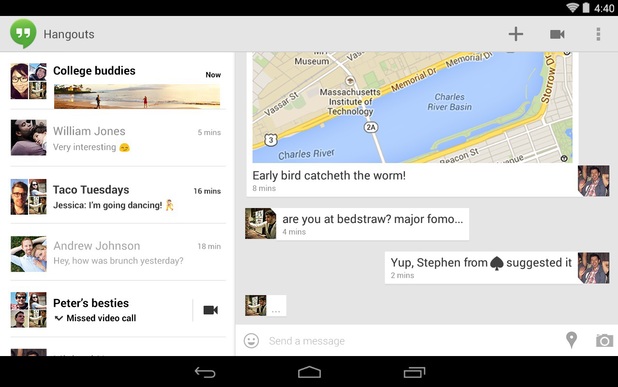 Hangouts works in harmony with Google's other services as part of the company's ecosystem, but the new messaging service aims to reach a wider audience by ditching the Google account requirement, according to The Economic Times.

Google is reportedly planning to trial the service in India, and has already sent product manager Nikhyl Singhal out there to monitor the country's messaging app ecosystem.

The company is believed to have launched an acquisition bid for WhatsApp last year, but lost to social networking giant Facebook.

The European Union recently offered its backing to Facebook's WhatsApp buyout, ruling that the deal will not prove detrimental to citizens of its member states.