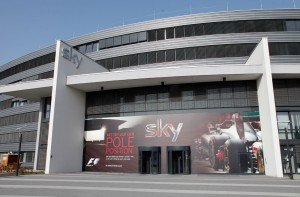 Sky UK wants to take over the remaining shares in Sky Deutschland and remove its German subsidiary from the stock market.

The London-based pay-TV company which already owns 95.8% in Sky Deutschland intends to squeeze out the minority shareholders against payment of an adequate consideration in cash, Sky Deutschland announced in Munich.

The resolution to transfer the shares is to be taken at a general meeting of Sky Deutschland’s shareholders due to take place soon.

Sky UK took over the majority stake in Sky Deutschland in November 2014 as part of the consolidation of the Sky operations in Europe.

I am surprised the German government has allowed any of this so, like in the UK, I suspect palms have been cross with serious dollar.